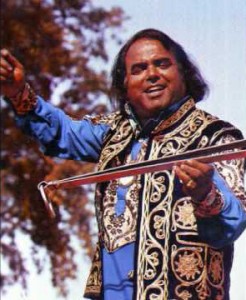 was born in 1928 in Achh, in Lalamusa, Kharian Tehsil, Gujrat District of Punjab, British India. He was born into a family of blacksmiths. As a child, Lohar read Sufiana Kalaam, a collection of Punjabi stories and poetry and started singing from a childhood age. His family and children now live all around the world with most of his children in the UK.[3][4]

developed a new style of singing called the Punjabi Vaar, an epic or folk tale which made him popular when he toured villages and towns in the Punjab region. He is famous for his rendition of Waris Shah‘s Heeralong with other songs such as Saif ul Maluk.

This function has been disabled for Sufiana kalam.